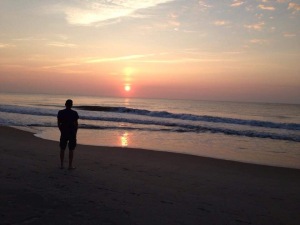 Mark A. Swartz, 56, of Brookville died Tuesday morning, April 20, 2021 at his home following an illness.

Born in Brookville on July 7, 1964, he was the son of the late Harold Swartz and Connie Grimes.

He was a 1982 graduate of Brookville High School and attended Clarion University and IUP.

He married the former Becky Snyder, his longtime friend. She survives.

Mark was a drywaller and painter, working for Brookville Hospital, Doug’s Drywall and Strong’s Painting and Pressure Washing.

His pastimes included hunting rabbit, grouse, pheasant, and deer, as well as raising beagles and beagle-basset hunting dogs. Like his father, he enjoyed fly fishing and tying his own flies. He was an avid reader, collector of guns and hunting memorabilia, and loved watching his daughter swim competitively for the Brookville YMCA Barracudas Swim Team.

Those surviving in addition to his wife, Becky, are his daughter, Kerrigan L. Swartz; a brother, Michael (Susan) Swartz; a sister, Kristen (John) Fleming; nephews, Parker and Burke; and a stepmother, Lee Ann Swartz.

His parents preceded him in death.

A Celebration of Life will be held at a later date.

To send flowers to the family or plant a tree in memory of Mark A. Swartz, please visit our floral store.

You can still show your support by sending flowers directly to the family, or by planting a memorial tree in the memory of Mark A. Swartz
Share a memory
© 2021 Furlong Funeral Home. All Rights Reserved. Funeral Home website by CFS & TA | Terms of Use | Privacy Policy