Share a memory
Obituary & Services
Tribute Wall
Read more about the life story of Mona and share your memory.

Born on May 25, 1933 in Tarentum, she was the daughter of the late John and Phyllis Esler Ewing.

She was a graduate of Tarentum High School and spent her life as a homemaker.

She was a very involved member of Mt. Tabor Presbyterian Church in Sigel where she enjoyed helping with the Vacation Bible School program.

Mrs. Messer was an avid reader, an animal lover and she enjoyed time spent with her family. She was a loving mother and grandmother.

In addition to her parents and husband she was preceded in death by her son, Robert Messer; her daughter, Lorna “Sis” Lomack; her brothers, John, Patrick and Michael Ewing; her sons-in-law, Jeffrey Dauer and John Lomack; her grandson, Clint Lomack; and her favorite cat, Tessa.

Her family suggests memorial donations be made to either St. Jude’s Childrens Hospital or the ASPCA which were both favored causes of Mrs. Messer.

There will be no services held.

To send flowers to the family or plant a tree in memory of Mona L. Messer, please visit our floral store. 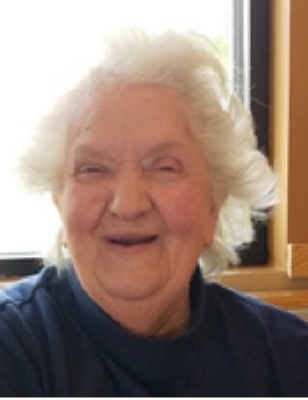 
Family and friends are coming together online to create a special keepsake. Every memory left on the online obituary will be automatically included in the book.

You can still show your support by sending flowers directly to the family, or by planting a memorial tree in the memory of Mona L. Messer
SHARE OBITUARY
© 2022 Furlong Funeral Home. All Rights Reserved. Funeral Home website by CFS & TA | Terms of Use | Privacy Policy | Accessibility